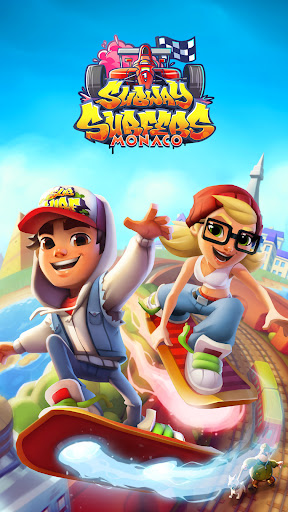 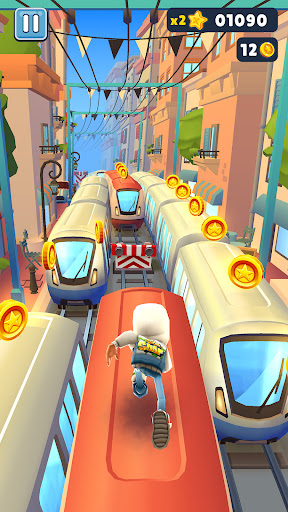 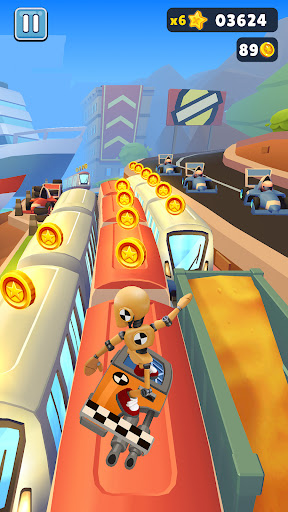 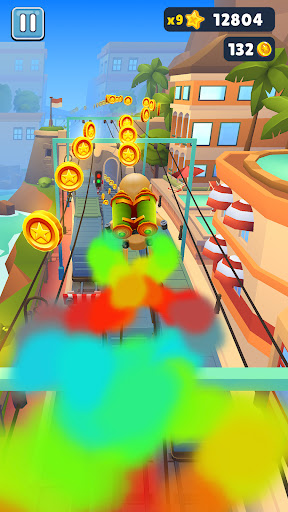 The Subway Surfers game is one of the most famous and popular Android games, which has become famous among users with the names of the coin-eating game and the train and coin game. It is very addictive and can entertain you for hours. In this game you play the role of a boy named Jack. A boy who is trying to escape from the agents with his friends and you are the one who has to help and escape them on the subway track! But you have a difficult road ahead of you and you will meet many obstacles like trains on the way.

There are also coins for you on the way to the game, by taking them you can make the way easier for yourself and buy various upgrades and increase your score. This game contains very attractive and exciting stages, and its graphics and gameplay give you a great feeling while playing. This version of the game is in the city of London , and apkcop team definitely recommends Coin Eater on the Train to those who are looking for excitement on Android.

- The Subway Surfers World Tour crashes through Monaco!
- Take a test drive with our genius new surfer, Dummy.
- Channel your inner daredevil with the new Crash Test Board.
- Take a break from Monaco with the Marrakesh Marathon Challenge.

Show/Hide Mod info:
Easy enough for newcomers, but hard enough to challenge experienced gamers. This game is no shortage of challenges, whether you play alone or take part in weekly challenges. To make the game less difficult, you may need our MOD version.
Subway Surfers APK v2.33.2
Download - 165 MB